Be aware that emulated_hue doesn’t work for new users of Google Home with emulated_hue. If you’ve not previously set this up and had it working, use the Google Assistant component or Nabu Casa cloud component.

The emulated_hue integration provides a virtual Philips Hue bridge, written entirely in software that allows services that work with the Hue API to interact with Home Assistant entities. The driving use case behind for functionality is to allow Home Assistant to work with an Amazon Echo or Google Home with no setup cost outside of configuration changes. The virtual bridge can turn entities on/off or change the brightness of dimmable lights. The volume level of media players can be controlled as brightness.

A physical Hue Bridge is required for Philips Hue lights to function - this virtual bridge will not replace a physical bridge. Instead, it allows Home Assistant to represent non-Philips Hue devices to Amazon Echo as Philips Hue devices, which Amazon Echo can control with built-in support.
It is recommended to assign a static IP address to the computer running Home Assistant. This is because the Amazon Echo discovers devices by IP addresses, and if the IP changes, the Echo won't be able to control it. This is easiest done from your router, see your router's manual for details.

Both Google Home and Alexa use the device they were initially set up with for communication with emulated_hue. In other words: if you remove/replace this device you will also break emulated_hue. To recover your emulated_hue functionality, backup your config/emulated_hue_ids.json file, delete the original one and reboot your Home Assistant instance.

If you added or upgraded to a newer Alexa device and devices are not found, you must change to listen_port: 80. If Alexa responds with “value is out of range for device…” it means switches were automatically added as lights in discovery. Remove each device in the Alexa app. Turn on all the switches in Home Assistant. In the Alexa app go to “Add New Device” select “Switch” and then “other” to add them correctly.

Sleep Cycle and Sleep as Android: smart alarm clock app can use emulated_hue to turn on and off entities. Sleep Cycle only has it implemented in the iOS app, see Sleep Cycle support. The app requires the same configuration as Google Home and does not work if the type is defined as Alexa in the configuration.

To enable the emulated Hue bridge, add one of the following configs to your configuration.yaml file:

The type of assistant which we are emulating. Either alexa or google_home. This configuration option is deprecated and will be removed in a future release. It is no longer necessary to define type.

The IP address that your Home Assistant installation is running on. If you do not specify this option, the integration will attempt to determine the IP address on its own.

The port the Hue bridge API web server will run on. This can be any free port on your system. However, all new Alexa devices require listen_port: 80. See setcap note below if this is set below 1024 when Home Assistant is ran as a non-root user.

If you need to override the IP address used for UPnP discovery. (For example, using network isolation in Docker)

If you need to specifically override the advertised UPnP port.

Whether or not to bind the UPnP (SSDP) listener to the multicast address (239.255.255.250) or instead to the (unicast) host_ip address specified above (or automatically determined). In special circumstances, like running in a FreeBSD or FreeNAS jail, you may need to disable this.

The domains that maps an “off” command to an “on” command. For example, if script is included in the list, and you ask Alexa to “turn off the water plants script,” the command will be handled as if you asked her to turn on the script.

Whether or not entities should be exposed via the bridge by default instead of explicitly (see the ‘emulated_hue’ customization below). Warning: If you have a lot of devices (more than 49 total across all exposed domains), you should be careful with this option. Exposing more devices than Alexa supports can result in it not seeing any of them. If you are having trouble getting any devices to show up, try disabling this, and explicitly exposing just a few devices at a time to see if that fixes it.

The domains that are exposed by default if expose_by_default is set to true.

A full configuration sample looks like the one below.

The following are attributes that can be applied in the entities section:

These attributes used to be found under the customize section of homeassistant, however, they have now been moved to entities. Emulated Hue configuration under homeassistant.customize will be deprecated in the near future.

You can verify that the emulated_hue integration has been loaded and is responding by pointing a local browser to the following URL:

No further actions are required

An additional step is required to run Home Assistant as a non-root user and use port 80.

On Linux systems (Ubuntu, Debian, etc) execute the following command to allow emulated_hue to use port 80 as a non-root user:

Please note that your path may be different depending on your installation method. For example, if you followed the Virtualenv instructions, your path will be /srv/homeassistant/bin/python3.

On FreeBSD based systems, including FreeNAS, execute the following to allow emulated_hue to use port 80 as a non-root user:

You can make this persist by adding the following to /etc/sysctl.conf:

Much of this code is based on work done by Bruce Locke on his ha-local-echo project, originally released under the MIT License. The license is located here. 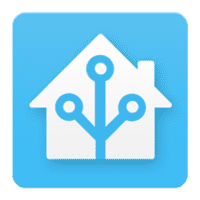